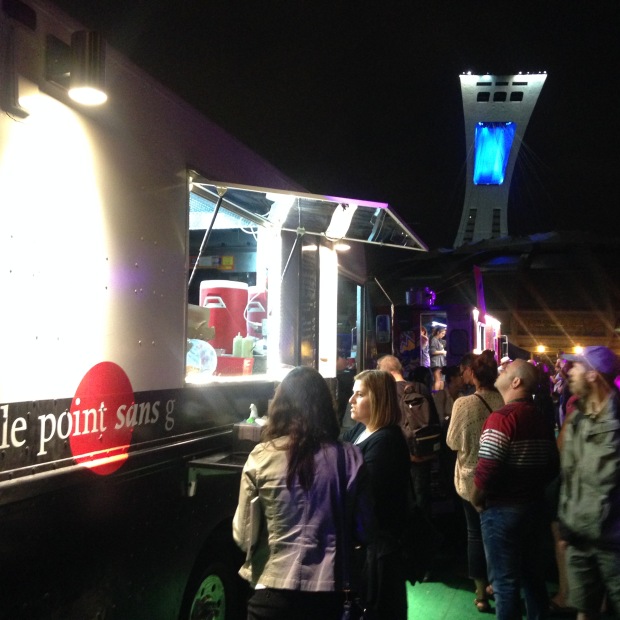 The first Friday of every month May through October about 40 food trucks converge outside the Olympic Stadium. Happily one of the trucks, Le point sans g, is 100% gluten-free. This was great for me as my boyfriend could try out a few of the trucks with lots of gluten and I could eat 100% safe. I’m sure a few of the trucks had some gluten-free options, but there could be issues with cross contamination.

I had a chicken poutine that was good but definitely not a poutine in my books. It would be better described as delicious french fries topped with shredded chicken, light gravy, mozzarella, tomatoes and crema. I also got two chocolate cookies which were delicious. The food truck can be found on other days all over the city. You can check out their Facebook page to see where they are. The food is good, safe and not too over priced surprisingly.

I would highly recommend checking this event out, especially if you have a friend/partner that loves food trucks or loves trying lots of different foods at once. There were lots of people but most of the lines were around 10 minutes long except for a few trucks. There are also beer and wine tents if you’re thirsty. It’s really an event for everyone. Even the vegans and celiacs thanks to two separate trucks that cater to each.

Here is an article about the monthly event at the Olympic Stadium: